Picture Perfect: How To Snap A Flawless Photo Of Your Next Dinner Spread 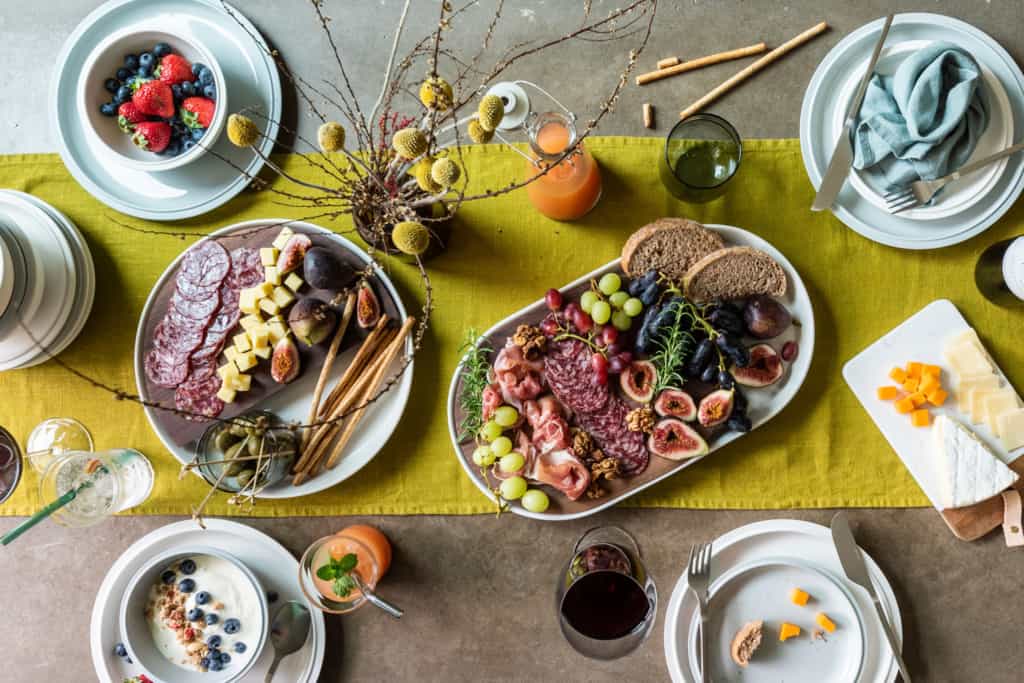 If you set the perfect table but don’t take a picture of it, did it ever really happen? It’s the era of Instagram, and whether we want to admit it or not, photos really are worth a million words, especially when it comes to food and tableware.

Someone who knows a good deal about both of those topics is Gloria Chung, the social media-savvy mind behind Insta-famous food blog @foodandtravelhk. A food and travel journalist, Chung has been honing her craft since 2008, having studied food styling and photography at RMIT in Melbourne and Le Cordon Bleu London. In 2020, she launched The Props Dept, a test kitchen, food photography studio and props-for-hire service in Hong Kong that rents cutlery and dinnerware sourced from around the world.

So how does a professional foodie like Chung know she’s nailed the shot? “I think ‘I want to lick the screen!’” she laughs, adding that a good picture is more than just what’s on the plate. “Appetizing food is important, but a good food photo should tell a story – it could be even just a bowl with some leftovers or melted ice cream.”

To learn more about how to achieve a screen-licking good picture that’s Instagram gold, we asked the food photography expert for her best tips on setting up and executing a perfect shot of your next dinner spread.

While it’s tempting to buy colorful or patterned tableware that stands out, Chung recommends a simpler approach. It’s easier on the eye – as well as on your budget.

“Choose a set of neutral-colored dinnerware and play with the details on the table instead, like centerpieces, napkins or sauce plates,” says Chung, who uses a Canon Mark 4 DLSR as well as an iPhone 12 Pro. “This is the most flexible and economical way to style your table, since you can create many different setting styles with one set of plates.”

Tip 2: Don’t be afraid to play with texture

An easy way to give your table more character and depth is by adding different textures to it, says Chung. Try layering your tablescape with natural props and materials, which give the eye more to look at as well as creating a cohesive setting.

“Mix and match with natural elements such as wooden boards, stoneware and rattan to create a visual feast of textures,” says the food stylist. She also suggests using earthy materials like glass, ceramics, fabric or – her personal favorite – linen, to dress up a sparse table.

One of Chung’s top pro tips? Try adding raw ingredients from the recipe to the table. “If you pay attention, stylists will always use ingredients to decorate the set because it helps tell the story of the dish. You can never go wrong with food as decoration.”

To enhance a photo’s composition, Chung says she uses different shapes and forms to add more points of interest. For example: if the main dish is in a round dish, add a square napkin or rectangular side plate to the frame.

Tip 3: Use color to build the mood

When it comes to color schemes, Chung says she has two approaches: “Go monochromatic, or go bold!” For the latter, she suggests using an eclectic mix of colors; a good trick is to use shades that are opposite from one another on the color wheel – for example, orange and blue – to strike a more dramatic look.

While she believes colors are “essential” to taking an amazing photo, she says she also chooses them carefully depending on the vibe she’s trying to craft. “I am very careful with my colors because they have the power to influence the overall style, meaning, or even culture of a photo,” says Chung. “For example, I would match peacock green with coral to create something theatrical and quirky, or beige with light grey and cream for a more Japanese zen look.”

Tip 4: It’s all about the angles

What’s the best way to shoot? Chung says she’s an equal opportunist when it comes to angles, taking pictures from several different vantage points depending on the effect she’s after.

Overhead is best for capturing a feast or giving more context, while an eye-level shot is excellent for artistic, more visually unusual dishes – like the stiff, toasted peaks of a meringue. A 45-degree angle works for most foods because, according to Chung, everything looks delicious from the side and you can create depth of field with the background.

No matter where she’s shooting from, she says it doesn’t always turn out the way she wanted – and that’s fine with her. “I believe in capturing the moment, and if the moment is not right.. the picture is not right,” she says, adding that she doesn’t edit her photos extensively after the shoot – even if they’re not perfect.

Tip 5: Tableware can make or break your photo

“It’s absolutely the key to a good photo,” says Chung. “Tableware carries as much messaging as the food itself. It’s like what clothes mean to people – whatever you wear defines you, and the same idea applies to plates and food.”