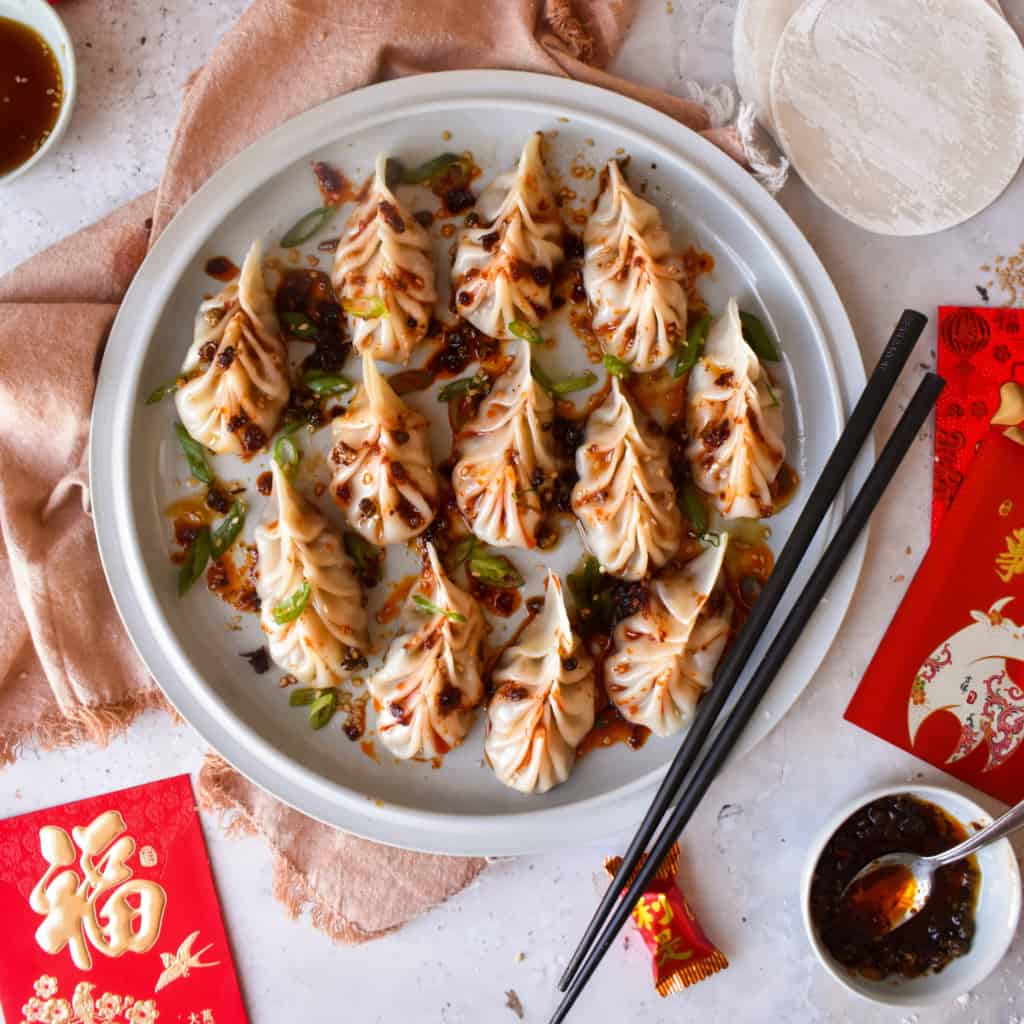 As self-described “restaurant kids at heart,” food bloggers Ewa Ko and her husband Jeromy Ko offer a fresh perspective in an often-saturated field. Both are first-generation children of immigrants – Ewa from Taiwan, and Jeromy from Hong Kong – who share a love of food that’s rooted in childhood memories.

From ultra-tender hong shao rou (red-braised pork belly) to boisterous family hotpots,  food has always been an integral part of growing up Asian in America. When the two moved to New York City in 2017, it felt only natural to keep up those same family values.

“When we moved to New York, we didn’t have as much access to our family’s home-cooking, so we started making a lot of recipes,” says Ko. They posted these creations on their food blog, Nom Life, which they had started back in 2014 to share local restaurants they loved in their home state of Ohio. The recipes struck a chord online, which Ko attributes to enthusiasm from the many, many first-generation children of Asian immigrants in the US who can relate to her culinary nostalgia.

“It was really cool to see people get excited about making these Asian recipes they recognized from growing up at home, but didn’t necessarily know how to make,” says Ko. “It’s been fun to be part of that journey, by creating dishes that are either new or from our childhood memories.”

While paying homage to their Asian roots, Ko and her husband, Jeromy – who adapts recipes learned from his family’s days working at their restaurant – maintain a certain irreverence in their cooking, with playfully named dishes and the errant curse word peppered in. But at the heart of it all is a passion to celebrate and share their food culture traditions.

One tradition that Ko says she doesn’t mess with? Dumplings, which symbolize wealth and prosperity, for Chinese New Year. “Dumplings are always on the menu for Lunar New Year!” says Ko. “We have so many memories of making them with family and friends; it’s one of our favorite traditions.”

While family gatherings are sadly in short supply this year, the two “dumpling debonairs” have created and shared their own version that they’ll be making at home together – think traditional juicy pork-stuffed pockets with an added crunch from mixed vegetables and roasted peanuts.

They’ve used BOMSHBEE’s tried-and-tested Tinge porcelain dinner plates in ash grey and newly launched, two-tone stainless steel Chop Chopsticks. “We absolutely love the BOMSHBEE products – they’re lightweight yet sturdy, with great texture. They are beautiful, but not distracting” says Ko. “I also love the chopsticks, which I am really picky about. I like that they have a nice, precise point that’s perfect for plating, styling and eating.”

INSTRUCTIONS:
– Mix filling ingredients together in a bowl.
– Lightly dust a flat, clean working surface with flour.
– Add a small spoonful of the filling to a dumpling wrapper. Note: You do not need to steam the wrappers first; just cook everything together.
– Fold to the desired shape (see video).
– Add neutral oil to a pan; once hot, add dumplings to the oil.
– Pan-fry for 30 seconds, then add 1/4 cup water and cover with a lid.
– Steam for 4-5 minutes.
– Remove the lid once the water has entirely evaporated.
– Pan-fry for an additional 30 seconds to crisp the bottoms of the dumpling up.
– Garnish with scallions and sesame seeds.
– Top with chilli oil and black rice vinegar, or use as a dipping sauce. Note: You can freeze any uncooked dumplings and save them for later!

PrevPreviousNew Year, New Recipes: Escape to The Kitchen with Challenging Recipes by Food Blogger Lady and Pups
NextMake The Perfect Cup Of Coffee With These Barista-Approved Tricks From NOC Coffee CoNext