The Secret’s Out: Inside the Bean-To-Bar Movement with Artisanal Chocolatier Conspiracy Chocolate 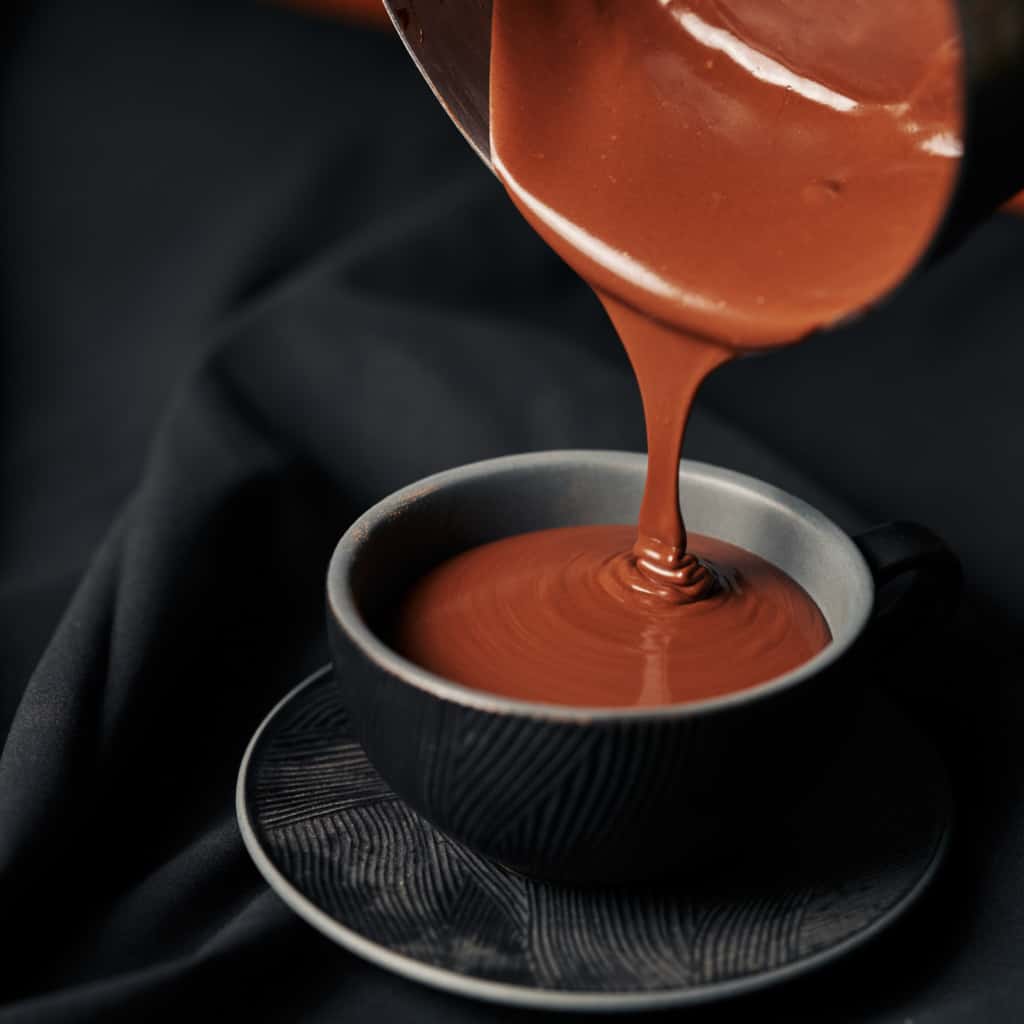 Céline Herren and her partner, Amit Oz, started experimenting with chocolate as a hobby – a fun couples’ project that indulged their adventurous palettes and mutual obsession with chocolate.

Working from their tiny kitchen in Sai Ying Pun – a Hong Kong neighborhood known for harboring creative types – the pair would melt down squares of Lindt chocolate, then add spices, herbs and savory ingredients before freezing them back into bar form.

These kitchen experiments led to a welcome discovery: “Basically, everything tastes good with chocolate,” laughs Herren.

It wasn’t long before they realized their experiments could be more than just a hobby. In 2018, Herren visited her native Switzerland to take a professional chocolatier program. When she returned to Hong Kong later that year, the pair launched Conspiracy Chocolate. This bean-to-bar chocolate brand prides itself on its sustainable ethos and surprising flavor combinations, such as raspberry with timut (a fruity Nepalese pepper), toasted rice and hojicha (a type of roasted Japanese green tea), and osmanthus and rose petals with pink peppercorns.

“We wanted to deconstruct the process and show that chocolate doesn’t have to be just a candy bar,” explains Herren. “Originally, chocolate was a bitter drink flavored with chillies and spices. During the Industrial Revolution, we made it into something quite sweet, adding ingredients like vegetable oil, sugar, and vanilla, so that today’s commercial chocolate contains next to no cacao [raw, unprocessed cocoa] at all.”

Much like artisanal movements such as craft beer, natural wine, and sourdough bread-making, Herren says bean-to-bar is all about returning to raw materials. By stripping away the many layers of large-scale commercial processing and returning to traditional methods, consumers are left with a purer and, ultimately, healthier product.

“These days, people want to slow down and understand where their food is coming from,” says Herren. “Different regions have different tastes; there’s cacao that naturally tastes like passionfruit or bananas – our cacao is quite earthy and spicy, for instance. What bean-to-bar chocolate-makers try to do is bring this terroir back into the product.”

When it comes to sourcing their beans, Herren and Oz chose a small, family-run farm in the indigenous ethnic minority region of Dak Lak, in Vietnam. “We have a very strong relationship with the farmer, where we defer to them as the expert as we collaborate. From choosing which genetic material from the pods they grow with to how they dry and ferment – it’s a very different type of relationship.”

Their approach has resulted in high-quality chocolate, devout customers and an ever-growing product range. Over the last four years, the company has expanded to a much larger industrial-size kitchen – a far cry from their Sai Ying Pun stovetop – and introduced new ideas like chocolate liqueur, a cacao tea blend, or a collection of CBD and CBG (a newly isolated cannabinoid known as cannabigerol).

What’s next? Herren says the next big trend will be cacao-based drinks – for example, single-origin hot cocoa. Using cacao pod husk (usually a waste product), producers can make everything from cacao soda and kombucha to cacao beer. “I think cacao drinks will get more trendy as people search for new things to drink and discover.”

Curious about cacao-based bevvies? Here is a recipe from Conspiracy Chocolate to get you started:

Ultimate Hot Cocoa
Who doesn’t want to level up their hot cocoa? This mouthwatering, aromatic recipe is sure to be a crowd-pleaser.

Cacao Tea
Add depth and complexity to your mid-afternoon tea for a delicious pick-me-up.

Cacao Soda
Bring on the bubbles with this zesty summer cooler, which is a testament to the versatility of cacao.