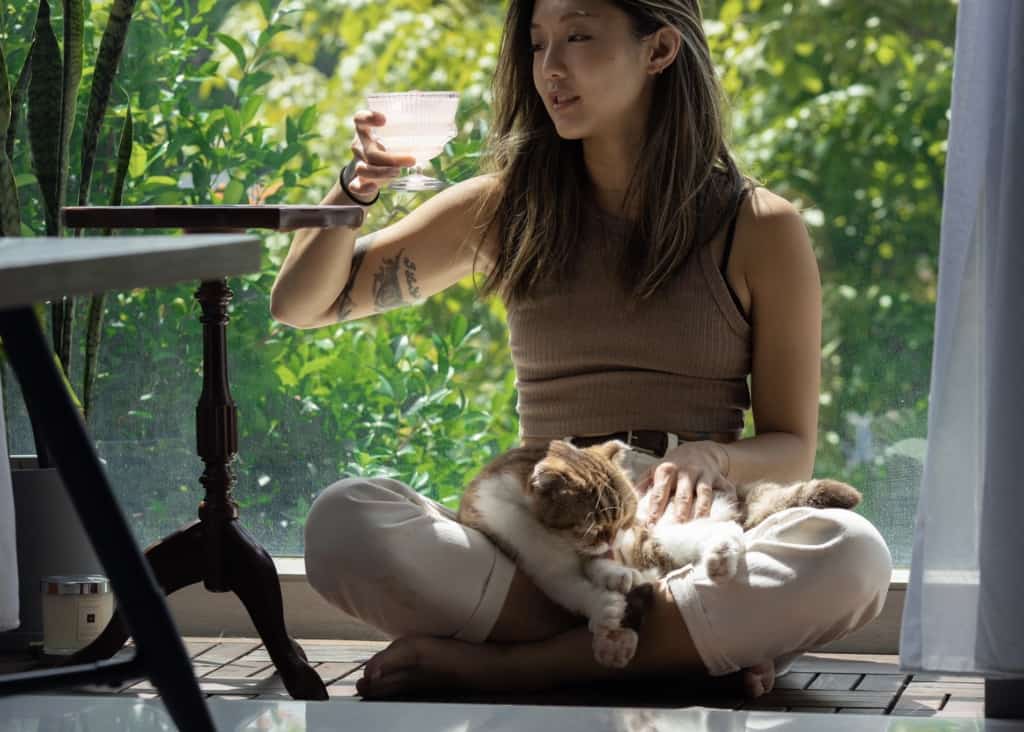 For mixologist Shelley Tai’s family, one libation always makes an appearance at Christmas: “Mulled wine is something we have to make every year. Even when I was a kid, we had a non-alcoholic version that we made with Ribena [a blackcurrant-flavored soft drink],” laughs Tai.

The appeal of a beautifully crafted drink left its mark on Tai. Today, the 32-year-old is a rising star in Asia’s bar scene, having worked for not one but two of the world’s best bars. And in 2019, the Diageo World Class Hong Kong & Macau competition crowned her “Bartender of the Year”.

“I don’t really have a formula,” says Tai, when asked about how she’s managed to find success in such a hyper-competitive industry. “My inspiration is all around me – what I see, eat, and feel.”

The Hong Kong native got her start in the hospitality industry in 2010 as a food runner, eventually gravitating behind the bar as a bartender’s assistant. Over the years, she earned her stripes on the city’s F&B scene, landing bartender roles at respected establishments, such as Nordic fine-dining restaurant FINDS and late-night party lounge Drop. However, it wasn’t until she joined Quinary – an award-winning bar known for its molecular mixology – in 2017 that the rookie bartender came into her own.

“The team at Quinary helped to shape the style that I’ve developed today,” asserts Tai. “It’s recognized as one of the 50 Best Bars in the world. I learned so much about technique and flavor in my three years there.”

Case in point: On a trip to Tennessee, Tai took a tour of a bourbon distillery that inspired one of her first creations for Quinary. “I noticed that they stored the whiskey in a cask that had been used to age Tabasco, and I just loved the flavors together,” she explains. “So I went back to Hong Kong and came up with a drink using whiskey and distilled hot sauce”

Named “Big Spice in Little China”, the heady mix featured Michter’s bourbon, Fernet, milk, and a specially prepared Tabasco syrup, sweetened with a dash of Ovaltine for balance. Ambitious, memorable, and – most critically – delicious, the drink can still be found on Quinary’s regular menu.

In 2020, Tai reached a new professional milestone when she relocated to Singapore to head up Nutmeg & Clove, an artisanal cocktail lounge and kitchen that’s also ranked among the 50 Best Bars in Asia and the world. These days, she’s kept busy researching and developing new recipes inspired by Singaporean culture and history. But no matter how content she feels in the Lion City, Tai says there’s no place like home for the holidays – particularly in her family.

“My mom’s birthday is actually on Christmas Eve, so we really like celebrating! We put up decorations, get a tree, have a big feast, and just veg out the whole holiday season,” says Tai.

As a self-described Christmas fanatic, Tai reaches for winter spices – think nutmeg, star anise and cloves – and berries when making seasonal cocktails. She’s also picky about what she serves her libations in, too.

“I think glassware is extremely important; it changes the vibe of a drink entirely,” says Tai, adding that BOMSHBEE Chandelier Glassware collection fits the bill when it comes to elegant, festive presentations. “It has this very Christmas-y feel to it; it’s elegant, and holds just the right amount for a generous scoop of holiday punch.”

Looking for something irresistible to dish out to guests this Christmas? Try this recipe for a Winter Spiced G&T, a seasonal favorite of Tai’s (after mulled Ribena, that is.)

PrevPreviousPumpkin For All Seasons: Use This Healthy Fall Ingredient All Year Round
NextFall In Love With These 3 Delicious Kinds Of CheeseNext